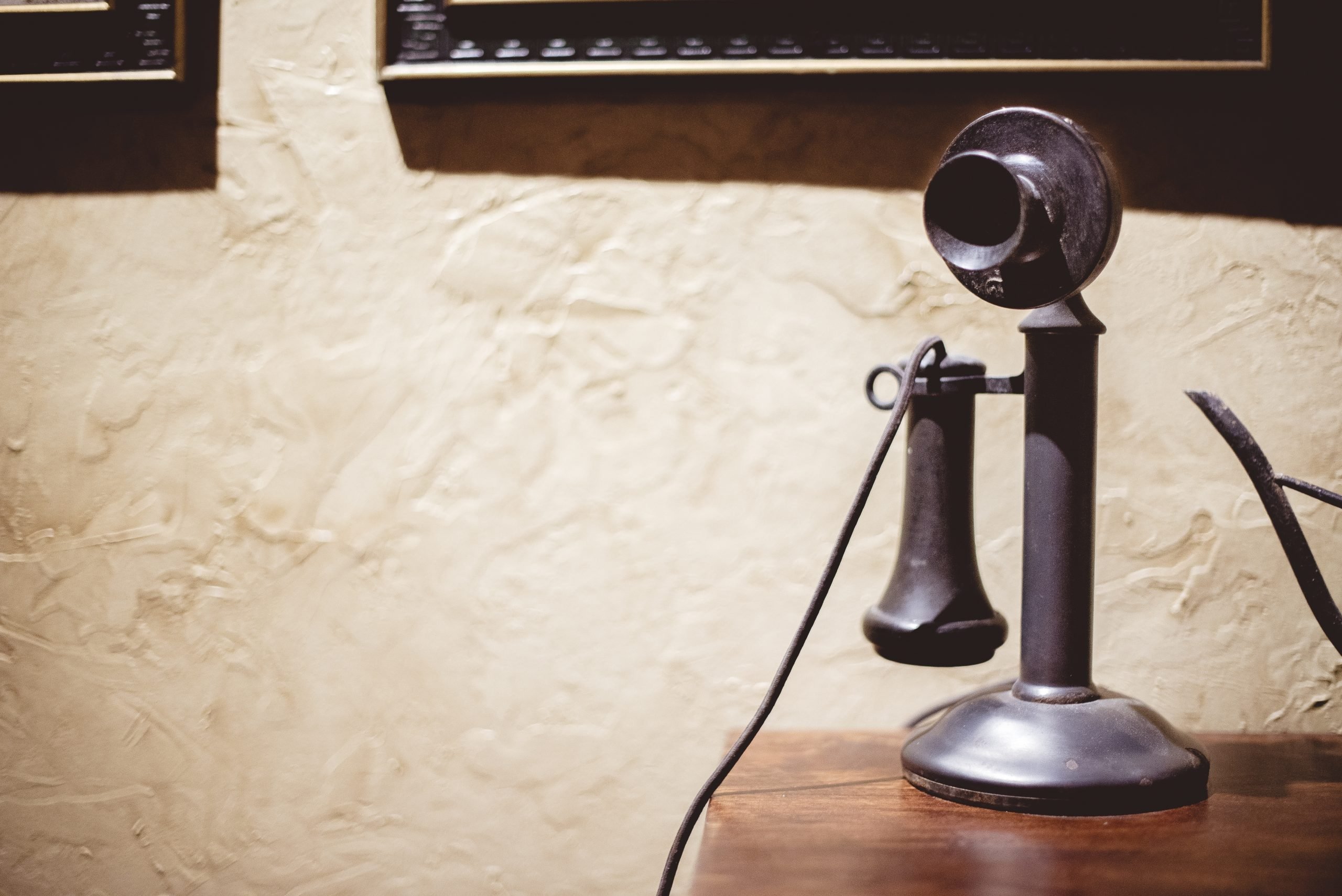 Until a change of rules at the United States Patent Office in 1910, a United States patent caveat was a 19th century version of a modern provisional patent application. Put simply, it was a patent application without a requirement for claims – basically a statement of intent to file a full application on a future date. On 14 February 1876, a lawyer representing Elisha Gray filed a patent caveat at the United States Patent Office for a telephone. On the very same day, Alexander Graham Bell’s lawyer filed a full patent application, also for a telephone. Three weeks later, Bell’s patent was granted and of course history has recorded him as the inventor of the telephone. However, many people have asserted that Gray and, for that matter, others also deserve credit including Italians Innocenzo Manzetti and Antonio Meucci. In fact, a 2002 resolution of the United States House of Representatives honoured Meucci for his part in the development of the device. It has been suggested that the work of these four was not totally independent of each other, perhaps because it would appear that the chances of four different people independently arriving at the same invention at the same time are extraordinarily low? Surprisingly, though, the phenomenon of simultaneous independent invention is a lot more common than we think.

An article published a century ago, in 1922, in Political Science Quarterly by William Ogden and Dorothy Thomas identified no less than 148 cases of apparently independent simultaneous scientific discoveries or inventions. These ranged from the discovery of sunspots (by Galileo, Fabricius, Scheiner and Harriott – all in 1611) to the invention of centrifugal pumps (by Appold, Gwynne and Bessemer – all in 1850). Ogden and Thomas concluded from this that invention is not simply due to mental capability, but it must also be strongly influenced by what they called “cultural elements” – by which I believe they meant the prevailing state of societal needs and technological capabilities. This is entirely consistent with something which is a significant theme of my first book – that innovation takes place whenever needs and capabilities collide. For three people to independently invent centrifugal pumps in the same year, they must have independently realised there was a need to pump fluids and been aware of the technological tools at their disposal (rotary motion, materials, sealing capabilities, an understanding of fluid mechanics…) that provided them with a way of doing this. In other words, they saw – and acted on – that junction of needs and capabilities.

Steven Johnson wrote more about the phenomenon of independent inventions in his 2010 book “Where Good Ideas Come From”. He talked about it in the context of what he called the “adjacent possible”. The concept of the “adjacent possible” effectively means that there is always a new layer of invention and discovery that society is about to peel back. New technologies and new innovations become possible as this layer is revealed. The corollary of course is that new technologies and new inventions are also dependent on the contents of this layer. If you imagine that the layer contains scientific discovery, any technology reliant on that scientific discovery becomes feasible as soon as the layer’s contents are revealed. Any technology that still relies on scientific discovery that is still hidden in future layers is not yet feasible. This means that you can’t develop technologies and you can’t create innovations that are “ahead of their time”, as Johnson put it.

I first stumbled upon this phenomenon in the early 1990s, when I led the development of an entirely new type of directional drilling system for oil and gas wells – a rotary steerable system. Nobody had ever tested or commercialised a rotary steerable system when we started the project. But, as we began development and initial testing, we discovered that there was already a handful of potential competitors, most of whom were at a similar stage to us. As is often the case, these different competitors utilised very different concepts, and in the end only a couple of the concepts, including the one that my team had settled on, succeeded and became dominant. Nonetheless, it was interesting that others were trying to do this, independently, and at exactly the same time as us. It became even more interesting when we tried to file for patents to protect our work. We found we were blocked from filing broad conceptual patents on our rotary steerable ideas because of prior art. This was not prior art from our current competitors. It was prior art in the form of older patents from 30 years earlier, in the 1960s, when people tried, and failed, to make rotary steerable systems work. It appears that they failed in the 60s because they were “ahead of their time” – there was not enough adjacent technology to make them work. This was fascinating to me. It was the first time I realised that in order for new things to be successfully commercialised, other enabling technologies (the previous layers of invention or discovery) have to exist. It taught me about the importance of capabilities in the broadest sense (capabilities are available to society, not necessarily just capabilities within the organisation). And it taught me never to listen without question to people who say, “we tried that before and it didn’t work”. Perhaps it just didn’t work because it was ahead of its time?

As I noted earlier, those new rotary steerable systems utilised a wide variety of concepts, but eventually the market focused on two key concepts, each a subset of a broader concept, that proved more successful than all the others. This is not unusual. A study published for the UK’s Open University in 1983 by Robin Roy looked at the evolution of pedal cycles from their invention in the early 19th century. It shows how, in early years, there were many different designs of cycle with one, two or sometimes three wheels. Even the two-wheeled designs came in many different forms: think of the famous “penny-farthing” as an example of a bicycle design that did not last. By the 1890’s, more than seventy years after the first pedal cycle was invented, the industry settled mostly on the two-wheeled, diamond-framed bicycle that is familiar to us today. It seems that even if multiple inventors try to address the same need at the same time, the manifestation of their ideas can be subtly different, and survival of the fittest concept can take a decade or two to shake out.

I recently attended Pivot 2021, an excellent online conference designed to bring opportunities in geothermal energy to the attention of the oil and gas industry – and Pivot proved to be very successful at doing just that. There were a lot of takeaways from the conference but one thing that particularly struck me was the wide range of different solutions that are being proposed for enhanced and advanced geothermal systems – systems designed for extracting heat from hot, dry rocks as opposed to the more traditional hydrothermal wells that seek out hot water and steam. Lots of different concepts, just like with bicycles and rotary steerable systems in earlier times. These systems meet a pressing need: low greenhouse gas energy with high capacity (always available) and which can be created anywhere, thereby avoiding grid congestion. And the wide range of different concepts that are being independently and simultaneously proposed suggests that now is the time for geothermal wells in hot dry rocks.

I believe that geothermal systems for hot, dry rocks and the high temperature directional drilling and measurement systems that will enable them are no longer “ahead of their time”. They will be driven by clear and present needs and they can now tap into the technologies they will need for success. It’s time!

This content was originally posted on johnmclegg.com on 30 July 2021 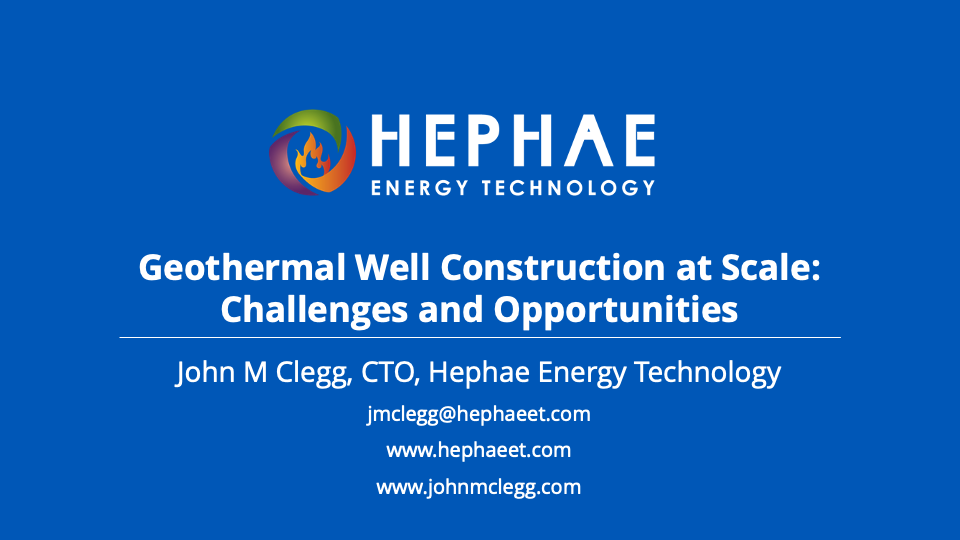 John Clegg, Hephae’s CTO, recently presented to SPE’s London Section and their Geothermal Technical Section (SPE GTTS) about the challenges and opportunities associated with the 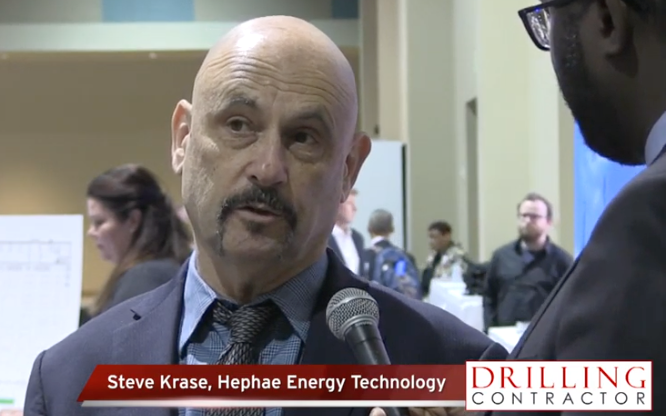 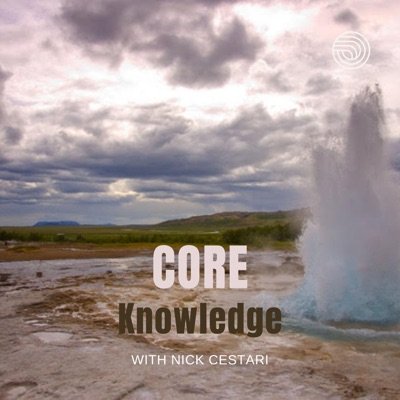 Our CEO Steve Krase talks to Nick Cestari about how to make geothermal energy scalable and accessible everywhere, and how Hephae will contribute with the high temperature drilling and measurement tools that will be an important part of the equation.